Fashion and movies go hand-in-hand, and even years later, classic films such as “Cleopatra” (1963) still inspire the world. As one of the most expensive films ever made at $44 million, $323 million today, the film actually took a loss at the box office. “Cleopatra” was a tedious production, full of setback with Taylor’s illness, and bad weather. Still, the lavish sets and period costumes were unlike anything of its time and made an impression on film. Goddess Elizabeth Taylor played leading lady Cleopatra, a pivotal role in her career. She holds a record for one of the most costume changes, 65 total, throughout the course of the film and looked sexy in every outfit. I lust over the 60s interpretation of the classic story with the dramatic Egyptian eye makeup, ornate headdresses, and sultry fabrics. Whether or not the tale was historically accurate, the film was opulent and theatrical and definitely transcends as one of the most iconic films to date. Getting inspired by this film doesn’t mean just being Cleopatra for Halloween. Channel your inner Taylor by opting for a heavy top liner and bronzer for high impact on a simple outfit. You could also layer lots of gold, playing with headpieces, chains, and deep gem tones. Let us know what inspires your style!

Turbands are one of my fav hair trends. What is a turband exactly? Exactly what it sounds like: the lovechild of turbans and headbands. These funky headwraps are so fresh for any weather and add a pop of boho chic to any bland steez. Retro turbans donned by Lady Kennedy and Elizabeth Taylor are homage to a whole realm of traditional head pieces. Turbans, turbands are really nothing new. A product of the East, turbands were generally worn by males. They have roots in South Asia, the Middle East, and Africa, and were adopted by the west much later. They are very easy to DIY, but for the less creative Mieux, you can buy ones for less than $10 on Etsy.com, eBay.com, Nastygal.com, and UrbanOutfitters.com. They come in all sorts of prints and colors. Don’t be afraid to pair it with a stuffy blazer to add a bit of sass! 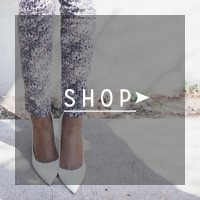